In memory of the Japanese earthquake on 3.11, each director presents a 3 minute and 11-second short film in tribute to those who were lost that day.
*Please note this event is not shown at cinema quality.

This event has limited booking space, so you will receive a confirmation email for
your reservation. 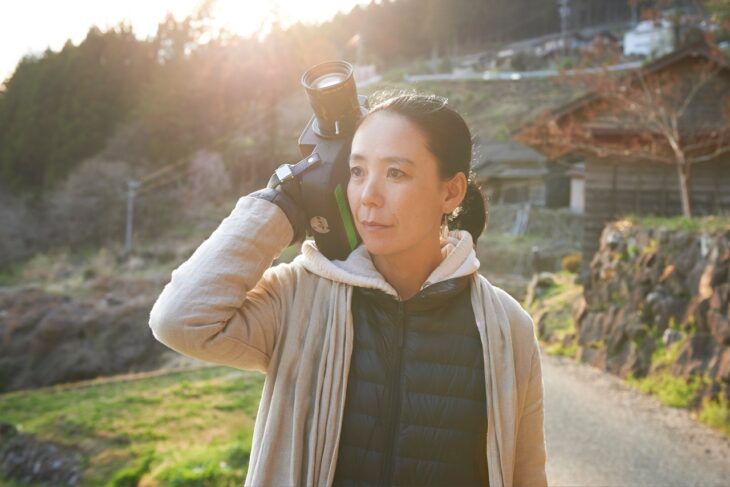 Kawase Naomi・Filmmaker
Her consistent pursuit of "reality" that transcends the realms of documentary and fiction has won her acclaim both at home and abroad, including at the Cannes Film Festival. Her representative works include "Suzaku", "The Mourning Forest", "The Second Window", "An", "Light", "The Morning Comes". Along with expanding her activities as a director, she has also established the "Nara International Film Festival" in her hometown Nara, and is making efforts to nurture young filmmakers. She is also the official film director of the Tokyo 2020 Olympic Games, the producer of the theme project for the Osaka-Kansai Expo 2025 (while also serving as a senior advisor), and the president of the Japanese Women's Basketball League. She has one child and enjoys growing vegetables and rice in her garden.